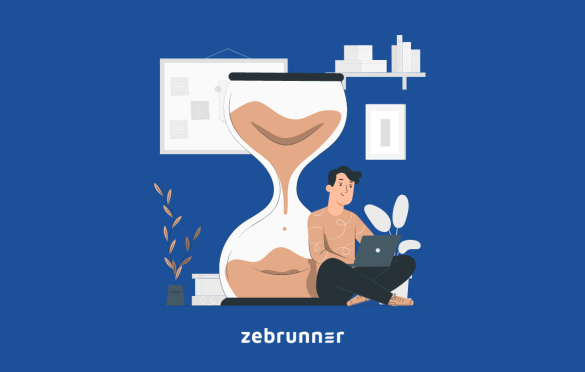 Reduce Testing Time – According to a recent survey conducted by Perforce, 14% of respondents said they release code daily, 39% noted that they release code weekly and 46% — monthly. It appears that most organizations are still using the ‘Big Bang’ approach to testing. This results in most reviews being done after large amounts of code have already been merged, rather than being tested simultaneously with code development. All this leads to significant delays on the way of the product to the end user. Let’s have a look what approaches can significantly reduce testing time and release a quality product promptly.

The survey results show that when it comes to test automation in DevOps environments, they still continue to have a heavy reliance on manual testing. The level of test automation averages less than 50%. Nearly 40% of teams automate less than a quarter of their test cases, and only a tiny 9% automate three-quarters of their test scripts, according to the study. The main reason many organizations don’t release code faster than they could is due to the use of manual testing. The survey showed that manual testing is the most time-consuming part of the testing process (72%).

Today, manual testing is no longer enough to ensure the quality of complex software products, such as IoT (Internet of Things) systems and big data solutions. There is less and less time for testing because companies are accelerating development in an attempt to adapt to the needs of a rapidly changing market. Test automation allows you to speed up QA processes and at the same time better check the quality of complex, multi-component software. Moreover, continuous testing is gaining more and more popularity. It uses automated tests to receive instant feedback and allows to achieve faster delivery. Likely that you won’t be able to automate the entire testing process, but it’s already clear that many organizations can automate lower-level testing sub-processes to speed up testing cycles, application development, and deployment.

The main purpose of testing is to provide quick feedback. Rapid feedback helps teams track issues early and continue to develop safely. Quick tests allow you to get fast feedback. Slow tests give slow feedback and force the team to cut coverage. They cost a lot of time and money, and also increase the risk that bugs will cause more damage later.

Write as many atomic tests as possible that can be run separately and independently from the rest. Test one thing at a time. When each test focuses on one specific behavior, they are easier to formulate and automate. They are by nature understandable and supportable. If such a test fails, the reason for its failure is obvious. Any time you want to cram multiple behaviors into one test, consider splitting it into multiple tests.

Let’s say the product being tested is an online store, and we only need to verify the check that will be sent to the buyer after purchasing a particular product. In the case of end-to-end testing, to get a single screen, we would log in using the registered password and login, choose a product, then confirm the purchase, and so on and so forth. That is, they would conduct many steps, for the most part, are not related to the specific task of testing.  At the same time, it is enough to remember that each step takes time, and a lot of it. For example, driving such an end-to-end path can take up to 2 minutes, while checking a specific screen can take no more than 10 seconds. That is why it is reasonable to switch to the so-called atomic checks, which refer only to the screen that interests us as part of the test case.

Parallel execution of tests is one of the main factors that can influence on the speed of their execution. Sequential execution in automated testing will only be effective when the tests are run against a limited number of browser and OS combinations. Therefore, parallel execution should be used in the early stages of QA testing to quickly accelerate it.

While you can take advantage of parallel testing using a local Selenium Grid, this may not be practical if you want to test across multiple browsers, operating systems, and devices. In this case, testing on a cloud-based Selenium Grid such as Zebrunner Selenium Grid will be the most beneficial. More than 1000 automation scripts will be executed in 15 minutes. The number of threads is limitless, so you can speed up continuous testing in your CI/CD pipeline considerably.

#4. Decrease the number of Selenium commands

As we found out earlier, atomic and parallel tests save a significant amount of time. But it is also important to take into account one more factor — the number of Selenium commands in the test scenario. If there are a lot of them, then this can cause long and unstable tests. By reducing their number, you can decrease not only the time but also the number of errors, as the risks that something may not go according to the plan are reduced. Try to optimize your code for more stable execution.

#5. Implement explicit waits, not implicit ones

Waiting is not the most pleasant process, wherever it happens. Waiting in autotests is a pain in itself. It is impossible to get rid of them, but there are ways to organize their work in a more convenient form.

Implicit wait is perhaps the most popular wait method in Selenium due to its ease of use. However to reduce test execution time, select only explicit waits for your test engine. Although it is more complex to accomplish, it will boost productivity and decrease turnaround time in the long run.

Explicit wait is code that you use to specify what necessary conditions must occur for further code to be executed. Explicit wait is a smart wait, but it can only be used for certain elements. Explicit wait proposes better variants than implicit wait because it will wait for dynamically loaded Ajax elements.

Even though the explicit code seems verbose, use it to significantly decrease your testing time. Try not to apply implicit and explicit wait at the same time, because this may cause unexpected behavior.