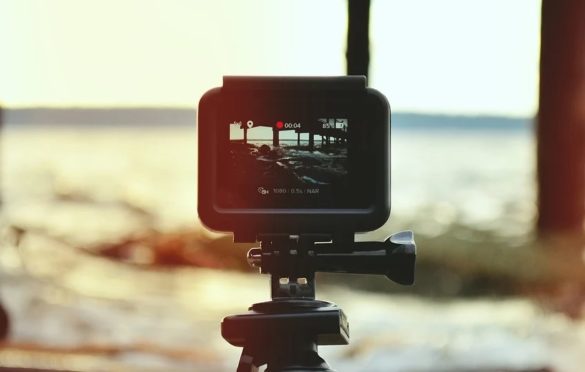 5 Most Expensive Tech Gadgets In 2021

With the rapid advancements in technology, there have been many gadgets that have taken the world by surprise. The uniqueness, the innovations and the mind behind such inventions are truly remarkable and applauding. There are some tech gadgets, some are specifically for home and some are for entertainment purposes. They are either pocket-friendly or some of them would just require your whole fortune if you have any. Despite all this, tech gadgets have helped people in their daily lives and their work routine. No matter how expensive they are, it always feels good to hold an iPhone studded with diamonds!

Let’s have a look at the most expensive tech gadgets in 2021!

iPhone 5 Black Diamond is known to be one of the most highly-priced gadgets available in the world to date. The thing which makes it so expensive is that it is a masterpiece that took around 9 weeks to complete the detailing and intricate work by hand. The mastermind behind the design of the iPhone 5 is a designer from the UK named Stuart Hughes. It carries 26-carat black diamonds which were used to replace the home button.

The cost of these diamonds is $208.795. The black and gold iPhone 5 looks ravishing with a deep-cut black diamond which gives a flawless look. Pure gold is used to weave the body of the handset and the chassis has circa 600 white diamonds along with the gold dressing. The Apple logo at the back has 53 diamonds, 135 gm 24 carat gold and beautiful sapphire glass.

IPad 2 Gold History Edition is considered to be the world’s most expensive and unique gadget being designed by Stuart Hughes. The gadget has certain sections which are made up of the T-REX Dinosaurs’ thigh bone which was 65 million years old and an old rock which was  Ammolite gold and diamond and that was 75 million years old. The back is created from 24k gold and weighs around 2000 gm. The Apple logo has been made using the  IF’ 53diamonds of 12.5 carats which look flawless. The front frame made by Ammolite is the most appealing part

Hart Audio Gold Speakers might work just like any other ordinary speaker but it is made of gold. The speakers weigh around 110 lbs or 50 kgs when the drivers are not placed. It is a truly magical feeling to even hold these speakers let alone own them. These speakers make use of the 3 units of speaker drive that give out a more controlled, clear, clean and well-balanced audio system. The main driver of the speaker is the one that controls the midrange sounds and the bass. The high-end speakers have been in great demand by the affluent.

The Dark Knight Home Theatre is known to be a part of the list of expensive gadgets so far in the world.  The Dark Knight Theme has been a true inspiration for Batman. Every feature of the high-tech theatre feels like it has been brought out of the secret bookshelf of the Batmobile. The whole thing is summarized into small Batsuits which one can try to easily wear. The concept of the home theatre was put forward by Elite – HTS which is a Canadian company and known as Elite Home Theatre Seating residing in Greenwich. It is within a 12,000 sq. ft private home who have recently launched their design.

The Giant Robot Warrior has been named RX-78-2. It is taken from the1970s popular anime series named Gundam. The best part about it was that it was capable of moving independently. The robot has a height of 60 feet and its weight is about 24 tons. The robot is capable of moving its limbs, raising a finger, kneeling slowly and moving its head. It was launched in Japan’s port city, Yokohama. It might look like there is a robot sitting inside but unfortunately, there is only a mechanical system to maintain it. This remarkable technology is worth applause but it is equally terrifying as the only time the product could protect us is when the world would be attacked by the robots themselves.

The tech gadgets and the latest inventions have been praiseworthy and truly inspiring. The gadgets these days have become so expensive that people can’t purchase them unless you might get a chance to win a lottery. At Lottoland, you will find a variety of ways to try your luck and win against the odds. If you might get lucky, you might purchase such expensive high-tech gadgets for yourself which is not a sure shot thing. There are several games and tips to earn more money which might be of some help to you.

Also Read: Gadgets Write For Us