The Ins and Outs of QA Software Testing 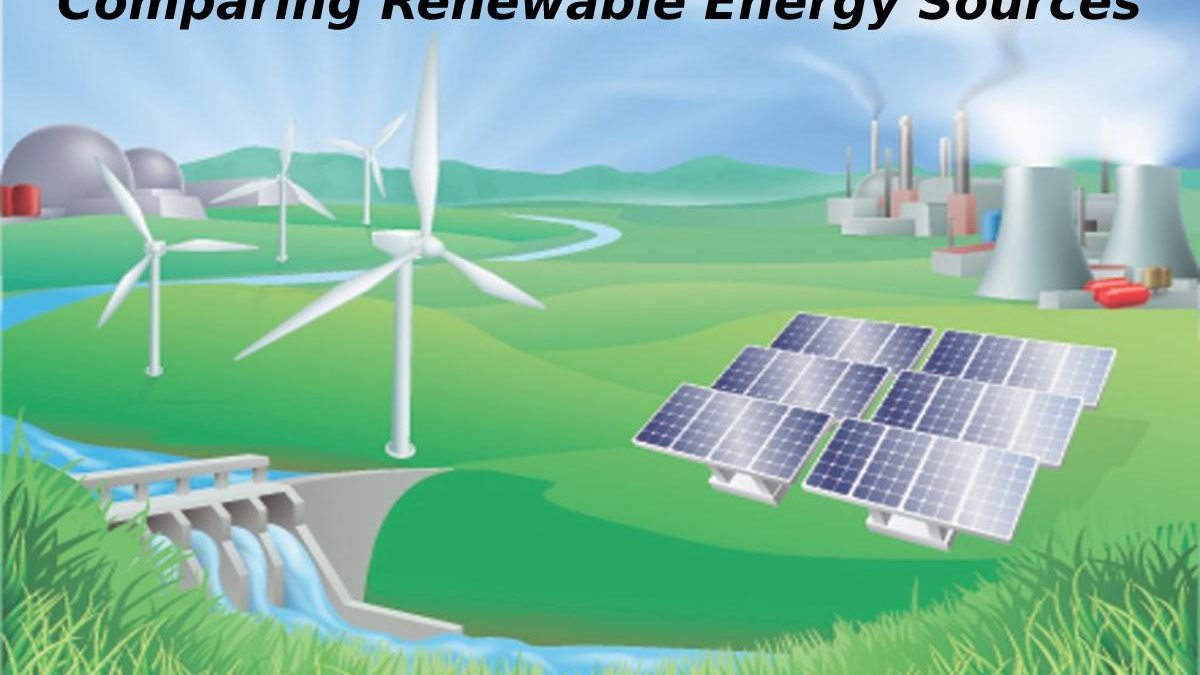 Renewable Energy Sources describes any energy source that can be regenerated without depletion. Unlike fossil fuels, forms of renewable energy are not finite and they contribute to making a city climate proof. Renewable energy results from nuclear fusion at the sun’s core––that we can harness for our needs here on Earth. Similarly, wind and water move naturally across practically every landscape on the planet, and it is possible to capture this kinetic energy as stored electricity.

Knowing the differences between the Renewable Energy Sources technologies available today is important for environmental and economic awareness. There are several notable distinctions among each of these major developments.

Solar energy is captured with the use of photovoltaic solar panels. Electricity is conducted by the charged metals in the panels and subsequently stored in specialized batteries. Overall, solar panels are able to capture approximately 4% of the sun’s potential energy.

Solar power systems are fairly easy to install on the roof of any home or business. Because of their accessibility, solar cells are an increasingly viable option for average citizens who want to lower their impact on the environment. The investment pays for itself within ten years.

Not only will solar energy reduce your dependency on non-renewables such as coal and natural gas––you will also save money on your electricity costs.

Towering wind turbines capture energy from moving air. As their enormous propellor blades spin, they drive a turbine that converts kinetic energy into electrical energy. These specialized blades even have sensors that can detect where the wind is coming from, changing their orientation accordingly.

The power of wind can be harnessed on land and offshore. It is especially effective in wide-open plains and hilly landscapes where wind gusts are typically stronger.

While it isn’t practical to invest in your own personal wind turbine, this form of renewable energy is extremely helpful for powering cities. In fact, the United Kingdom produced 20% of its electricity from wind energy in 2019. It is probable that wind energy will only continue to grow in popularity.

Hydropower uses the constant flow of the water cycle to generate electricity. Much like wind turbines, hydroelectric systems convert natural kinetic energy into electrical energy for human use.

However, this form of technology requires more interference with the natural landscape. The dams that are constructed for hydropower plants allow us to capture the energy of rivers in generators, yet these dams can be rather disruptive to local ecosystems.

In 2016, Costa Rica produced 100% of its electricity using hydropower. Because of the heavy rainfall and mountainous terrain that characterizes the country, this accomplishment was fairly practical. Though not everyone agrees with the number of dams required for hydroelectric energy to dominate, it remains a viable alternative to fossil fuels.

The earth generates its own heat deep in the core, hundreds of miles beneath our feet. That interminable heat is available almost everywhere on the planet. Geothermal energy systems employ pumps to pull hot water from the earth’s crust. The steam produced by that water is used to power turbines and the electricity is stored in generators. Then, the warm water left behind is returned to the system to keep the cycle moving.

Large geothermal power plants are starting to become more common. The United States is considered a leader in this form of renewable energy. In California, where this underground activity is particularly prevalent, 7% of the state’s electricity is produced by geothermal power. The widespread, low-impact nature of geothermal gives it a special edge in the realm of renewables.

You can even build a home that utilizes geothermal heating and cooling systems. When used in conjunction with solar panels, a single-family household can significantly reduce its carbon emissions.

As we continue to burn fossil fuels that warm and pollute the atmosphere, the global surface temperature rises and leads to a cascade of ecological consequences. These include rising sea levels, devastating oil spills, dangerous wildfires, and other extreme weather events.

If we switch to Renewable Energy Sources, we can slow the impact of climate change and create millions of new jobs. Given the incredible advancements in the field of renewable energy, why wouldn’t we invest in these sustainable technologies?

In addition, you can read more helpful posts at itgraviti

Tips for Buying Bitcoin in Person with Cash

Where to Exchange Cryptocurrency Anonymously?

What To Know Before Hiring A Real Estate Agent In Kenya

The Ins and Outs of QA Software Testing